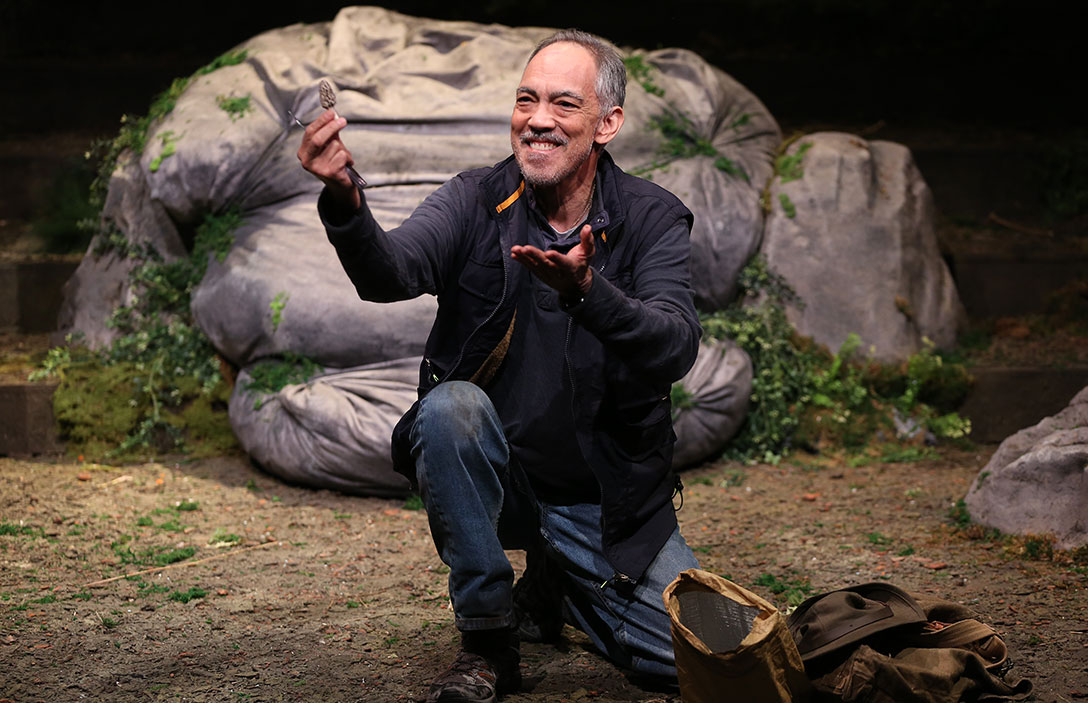 Performances begin April 23 at Off-Broadway’s Theatre Row for the world premiere of Fruiting Bodies by Sam Chanse. The newest production from Ma-Yi Theater Company was partly developed in the company’s Writers’ Lab, of which Chanse is a member.

In Fruiting Bodies, directed by Shelley Butler, two sisters go looking for their mushroom-hunting father in a Northern California forest. After encountering a mysterious young boy who bears a striking resemblance to their absent brother, the family searches for the road back, tackling limited visibility and the interfamilial politics of race and gender, pushed to extremes.

The cast is made up of Kimiye Corwin (Noises Off, Henry VI), Emma Kikue (God Said This, Up the Hill), Jeffrey Omura (House Rules, Hamlet), and Thom Sesma (Superhero, Pacific Overtures).

Chanse’s plays include Trigger, The Opportunities of Extinction, The Other Instinct, and What Are You Now. Fruiting Bodies was further developed at The Lark as well as by [the claque] as part of the Quick and Dirties.