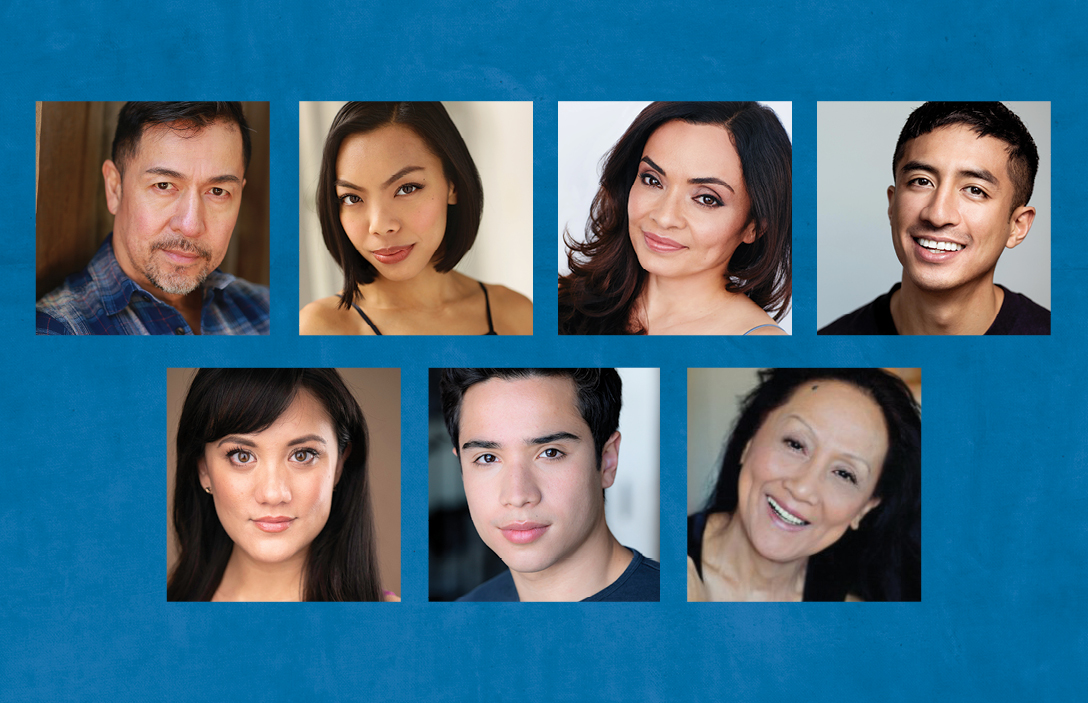 Since its founding in 1989, Ma-Yi Theater Company has distinguished itself as one of the country’s leading incubators of new work shaping the national discourse about what it means to be Asian American today. Building on the recent success of the Lortel Award-winner KPOP and Mike Lew‘s Teenage Dick, Ma-Yi is pleased to open its 30th anniversary season with the world premiere of Felix Starro, a new musical by Jessica Hagedorn and Fabian Obispo. Based on a powerful short story by acclaimed Filipino American writer Lysley Tenorio, Felix Starro marks the first-time-ever a musical created by Filipino Americans will be presented Off-Broadway.

In Felix Starro, protagonist Felix is a famous faith healer in the Philippines, whose clients once included celebrities and big politicians. After falling on hard times, Felix decides to go to San Francisco for one last healing mission with ailing Filipinos in the Bay Area. Junior, Felix Starro’s nineteen-year-old, orphan grandson, goes along as his assistant. Unbeknownst to Felix, Junior has plans of his own.

Felix Starro explores issues of faith, family, love, loss, betrayal, and what it means to be an undocumented immigrant in America.

Performances of Felix Starro will take place August 23-September 15 at Theatre Row, 410 West 42nd Street in Manhattan). Critics are welcome as of August 28 for an opening on Tuesday, September 3. Tickets, priced at $52-$102, can be purchased by visiting ma-yitheatre.org or by calling Telecharge at 212-239-6200.

Francisca Muñoz (Mrs. Delgado) is an Actress/Singer/Songwriter with a Bachelor of Music (Honors) in Performance, Theatre, and Composition from the University of Western Sydney, Australia. Some of her theatre credits include: Maria in The Last Jew Of Boyle Heights – Off Broadway (The Actors Temple), Regional credits include: Arella/Natalie in Informed Consent (The Gable Stage), Katherine Wright in Kitty Hawk (The Adrienne Arsht Center), Frida Kahlo, Rufina Amaya, Alfonsina Storni in Tres Vidas (The Core Ensemble), Terry in Extremities; (Abyss Theatre), Merry Murderess in Chicago (Boca Raton Theatre Guild), and Margaret in Much Ado About Nothing, (Outre Theatre). New Media credits include: supporting roles in Follow The Leaders and Earth 2050 (Zen Film). Her original EP, Colors of Me is available on iTunes and all media outlets.

Ryan James Ortega (Bobby/Ramon) is a first generation Filipino American from Southern California. He received a BFA in Media and Performing Arts from the Savannah College of Art and Design under the wing of Sharon Ott. Off-Broadway: Between Gods and Kings (BEDLAM). Regional: HAIR, Miss Saigon (Serenbe Playhouse), Newsies (The Engeman Theater).

Born and raised in Manila, Nacho Tambunting (Junior) began his career with Repertory Philippines in 2006 – appearing in productions like: The Sound of Music, Seussical, Peter Pan, Camp Rock, The Producers and Jack and the Beanstalk to name a few. Nacho moved to NY in 2014 to attend NYU’s Tisch School of the Arts, and later graduated with a BFA in Drama. He was most recently seen as Francis on NBC’s RISE – other TV credits include Dickinson and The First Wives Club. @nachotambunting

About the Creative Team

Jessica Hagedorn (book & lyrics) was born and raised in the Philippines and came to the United States in her early teens. Her novels include Toxicology, Dream Jungle, The Gangster Of Love, and Dogeaters, winner of the American Book Award and a finalist for the National Book Award. Hagedorn is also the author of Danger And Beauty, a collection of poetry and prose, and the editor of three anthologies: Manila Noir, Charlie Chan Is Dead: An Anthology of Contemporary Asian American Fiction and Charlie Chan Is Dead 2: At Home In The World. Work in theatre includes the musical Most Wanted, a collaboration with composer Mark Bennett and director Michael Greif at La Jolla Playhouse; Fe In The Desert and Stairway To Heaven for Campo Santo in San Francisco, and the stage adaptation of Dogeaters, which was presented at La Jolla Playhouse and at the NYSF/Public Theater (dir. by Michael Greif), at the Kirk Douglas Theatre in Culver City (dir. by Jon Lawrence Rivera) and in Manila (dir. by Bobby Garcia). Hagedorn wrote the screenplay for Fresh Kill, a feature film directed by Shu Lea Cheang. She wrote the scripts for the experimental animated series “The Pink Palace,” which was created for the first season of the Oxygen Network. From 1975-85, Hagedorn was the leader of a band called The Gangster Choir. One of her signature songs, “Tenement Lover”, is included in John Giorno’s ’80s downtown music anthology, A Diamond Hidden in the Mouth of a Corpse. Honors and prizes include a Gerbode, Hewlett Foundations’ Playwriting Award, a Lucille Lortel Playwrights’ Fellowship, a Guggenheim Fiction Fellowship, a Kesselring Prize Honorable Mention for Dogeaters, an NEA-TCG Playwriting Residency Fellowship, as well as fellowships from the Sundance Playwrights’ Lab and the Sundance Screenwriters’ Lab. Hagedorn has taught in the MFA Playwriting Program at Yale and in the MFA Creative Writing Program at LIU Brooklyn, NYU, and Columbia University.

Ralph B. Peña (director) has been Ma-Yi Theater’s Artistic Director since 1996, and has been instrumental in establishing Ma-Yi Theater Company as the country’s leading incubator of new works by Asian American Playwrights, reaping numerous Obie and Drama Desk Awards, a Lucille Lortel Award for Best Musical (KPOP), and most recently, the 2018 Ross Wetzsteon Obie Award. Recent directing credits include The Chinese Lady, Among The Dead, and House/Rules. Apart at Ma-Yi Theater, his work has been seen on the stages of Ensemble Studio Theater, The Public Theater, Long Wharf Theater, Victory Gardens, Laguna Playhouse, Children’s Theater Company, and La Mama ETC, to name a few.